[In the News 🇫🇷 ] EU!Radio interview with Giovanni Allegretti during Nantes Innovation Forum

During the recent Nantes Innovation Forum, 8 – 9 October 2020, a special round table was dedicated to the local implementation of the URBiNAT project in the district of Nantes Nord. The following interview was conducted by EU!Radio, a local radio station that focuses on citizen dialogue, the promotion of local initiatives, and exchanges between European communities. You can read a transcript of the interview here or listen to a recording below.

Talking to you is the perfect chance to learn something more about the EU projects that are already active, how they work, and that’s why I will start from the “URBiNAT” project, a EU project focused on “regeneration and integration of deprived social housing districts”. You are one of the researchers committed to this plan, so could you tell us more about it?

The URBiNAT project is a 13 million euros project that has been approved two years ago that counts on 28 partners, distributed not only in European countries but also in Brazil, China, and Iran.

The network is about “Nature-based solutions”, meaning that nature has an important place from different point of view: it could be technological, so finding materials that are more energy efficient and that reduce a consumption of oil-based fuels; it can be territorial, for example in Sofia and Nova Gorica whose past comes from the style of the Soviet Union, and whose buildings have been built according to specific criteria of industrialized production. So, at a first glance, it seems the buildings would be something to be destroyed. In reality, it’s possible to find the creative solution that can allow these neighborhoods to continue to exist and be gradually restored and gradually substituted in their technological and social parts.

The third component of nature-based solutions is participatory, so it is linked to the people and to the capacity of the people to regenerate the place in which they live, to take care of them through initiatives which are coordinated with the local authorities and other organized actors. The fourth factor is the social and solidarity economy: these solution are not just Green ones, I know that “green” sometimes is used as a makeup for a neo-liberal vision of economy, but in this case we are talking about social solutions which are linked to the community and so are a unique part of the natural environment.

You mentioned Sofia in Bulgaria and Nova Gorica in Slovenia, but they are just two of the several cities that are part of the project: for instance there are also Nantes, Porto and Siena, but these cities are not all at the same level. Could you tell us more about it?

In this project we have some Frontrunner cities: among them we have Nantes and Porto in which the issue of water is very important, Sofia, and then we have followers-cities, which will follow the indications of the frontrunner cities and push forward the transformation.

The Urbinat project is not the only one that is being financed by the Horizon 2020 research and Innovation program: how do European projects work and how are they structured?

The projects are all ongoing because they are based on the principle of “co-creation”, so working with the population to understand the needs of the cities, which can be more material in terms of infrastructure, buildings, green areas or immaterial needs; the second part is “co-design”, through which different places are chosen to design this “Healthy Corridor”; the third phase will be the “co-implementation”, which is also a complex phase that will be done through innovative agreements: here the challenge is to do it together with citizens, imagining forms of cohabiting, revision of housing: in fact, rethinking housing is one of the most important elements that we discovered during the Covid pandemic.

The last step will be “Co-monitoring”, in the sense that we must be sure that what we are doing is the best and the most efficient solution, together with the beneficiary, so the people who live in those neighborhoods.

I’ve made some research and in your life you have taken care of several initiatives and you’ve always worked with people: in fact you even coordinate the “People’s Observatory”: so, how important is it for a project, the participation of the people?

The participation of the community is the center of Urbinat, as well of many things: for example, 10 days ago the EU launched a series of calls for research & innovation projects related to energy efficiency, energy transition, respect of the environment, zero-waste policy, etc. The call is centered on participation, because none of these policies can be done without people: the first difficulty is complexity, because things related to the environment are very complex, they need technical knowledge, and they are very interconnected, so in front of complexity a citizen can be blocked and tends to delegate it to experts. The EU knows that without citizens involvement, solutions will not be optimized.

The second problematic issue is the “Mid-term vision”: when we participate in restoring a square or anything related to public spaces, for example, we are talking about solutions that will be implemented in one or two years. Contrarily, in the European Green Deal there are initiatives that in 10 to 20 to 30 years will change the way of production in European countries. Citizens sometimes have a lack of imagination, they are not able to think about big transformations and sometimes these are also perceived with fears.

The host asked if Covid-19 had been slowing down innovation so I reiterate the question: what has been the impact of Covid on projects you’re taking care of?

During the lockdown we had an opportunity: we discussed on how harmony with nature would have to be the new foundation for the new normal, the new society, but then, when when did lockdown ended, we were in a hurry to get back to previous solutions: we wanted massive tourism, and we know what this has caused in Sardinia, Côte d’Azur or even Portugal, a country so much open in order to fight the economic crisis, that had a spike in cases. So, we talked a lot about a new relation with nature, but I’m not sure we are doing something in this regard.

Thank you very much Giovanni Allegretti, architect and senior researcher at the Center for Social Studies at University of Coimbra.

euradio is a community, citizen-driven and independent radio station that has been broadcasting in the Nantes region on FM since 2007; DAB+ in Lille, Lyon and Strasbourg since 2018; and in Guérande, La Roche-sur-Yon, Le Havre, Nantes, Pornic, Rouen, Saint-Nazaire since 2019; and in Paris, Marseille, Nice since 2020. Expected soon in Brussels, Bordeaux, Toulouse, Tours, Orleans, Rennes, Angers. Also available anywhere via www.euradio.fr. 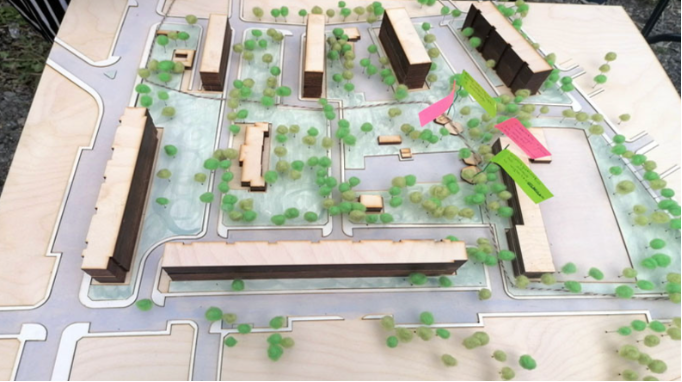 CLICK HERE to view the complete article in Bulgarian. ... 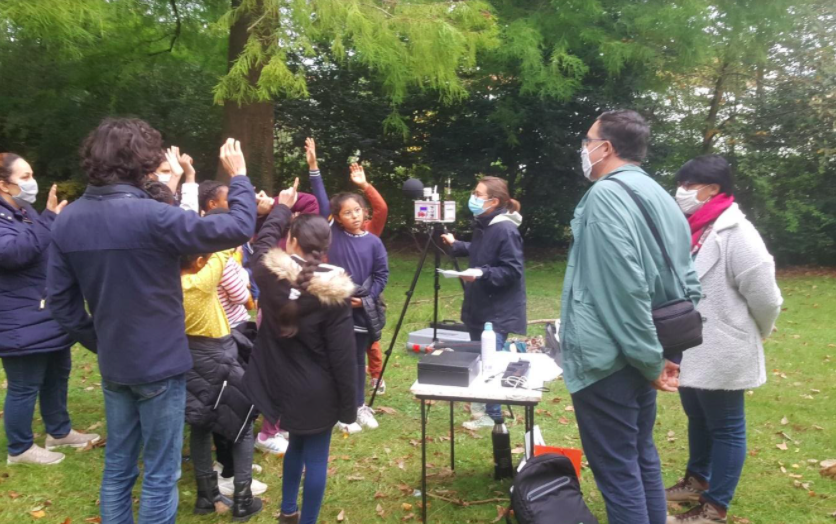 URBiNAT Researchers are among the lead authors and contributors of this Draft White Paper. A Consultation Process, is open until 10 September 2021. ...